A few days back, the Chief Executive of Facebook posted a blog explaining the steps the company has strategies to deal with misleading posts and Facebook campaigns. He discussed the year 2016 and said that they were not ready for the coordinated information behavior, which they are now continuously facing. He has particularly pinpointed to Russian interference in the U.S. presidential elections.  He said that they have learned a lot since then and have developed ultra-modern systems that mingle people and technology to safeguard election interference on their social platform. He gave assurance that Facebook’s preparedness for these kinds of interference.

Mr. Zuckerberg has faced a lot in last 18 months where his reputation was on stake due to isolating messages, disinformation, and fake news that have posted on the site. In April 2018, the lawmakers grilled him where he testified in Congress about the Russian influence of Facebook before 2016. Lawmakers burst out on him about the lack of awareness of his company on the misuse of the platform. After that, he has struggled with so many reports of disinformation campaigns, which are running on his platform ranging from Mexico to India. The company scrutinized itself for the role in Brazil’s presidential election, which will held in October. In all that, Mr. CEO has shifted from being defensive to a more responsible person. He is now looking to hire 10,000 more people who will seek these safety and security issues and avoid spreading disinformation news to a maximum extent.

Recently, Facebook has set up programs that welcomed outside academics to study social media’s influence on elections. Facebook has now become very particular about those political ads buyers that they must be the United States citizens’ or permanent residents. It is an attempt to reduce down the foreign interference. During U.S. presidential elections, Russia bought a number of ads to widen provoking messages among the American electorate. Since then, Facebook has created an informative database of all political ads, which use to run on it.

Facebook has disclosed that it has removed many fake accounts, which indulged in a leadership campaign pointed at Americans. Facebook also named Russia and Iran as operating different influence actions and revealed that it had removed a huge number of pages and accounts that were involved particularly in those efforts.

This social media platform has faced the toughest challenge how to manage coordinated misinformation campaigns without becoming the critic of truth. The company has put efforts not to emerge unfair towards any political spectrum or the other. Mr. Zuckerberg said that it is not only the problem for Facebook but also for other social media platforms such as Instagram, Twitter etc. which also need to get better at sharing information to deal with such fake strikes.

He further said, “There is still a scope of improvement in cooperation between his company and intelligence agencies of the United States”. He also requested the Public and Private sector to work together more often and transparently than they used to do in the past. He emphasized how cyber-attacks can be demolished, how divisive messages can be reduced, and how they can prevent the fake news from being viral. He concluded, “We all need to work together and always ready to improve ourselves to protect our democracy”. 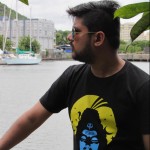 Puneet Kaushal is a young entrepreneur. He has studied MBA in retail marketing. He is one enthusiast looking for opportunities to learn, grow and excel in everything that is business.